“Lehner’s name comes up a lot among driftless cheesemakers. He’s something of a local legend, the off-the-grid rock star of the Wisconsin artisanal cheese movement. Lehner practices his freestyle alchemy in nearby Blue Mounds, within an underground cheese-curing vault that he excavated from the land. Inside, the beautiful ceilings worthy of an Italian chapelare filled with shelf after wooden shelf of cheese, from complex, English-style bandaged cheddars to the funky Earth Schmier, which Lehner spritzes with a brine culture derived from soil taken from his woods.

Willi began his operation with a small cheese aging room. But when the cold winters and hot summers caused too much temperature fluctuation, he decided to try an alternate approach. In 2008, inspired by the art of European Alpine cheesemaking, Willi bulldozed into the hill next to his home – and created for himself a beautiful cave for aging his hand-made cheeses.”

Though temperatures in southern Wisconsin can reach well below zero in the winter and close to 100º in the summer, temperatures within the cave fluctuate only within a 10-degree range throughout the year.  The cheese cave maintains a uniform temperature of between 51 and 59 degrees Fahrenheit year-round. The small amount of heat and energy that he does need comes from solar panels and a wind turbine.  He expects his the initial investment of $130,000 it to pay for itself within 15 years, just from the money he saves on energy.

The structure itself is an elongated dome, split into two distinct aging rooms.   Each cave rests at distinct temperature and humidity levels, calibrated for different cheese styles. One for the delicate soft ripened cheeses, and the other for his Bandaged Cheddars and tommes. 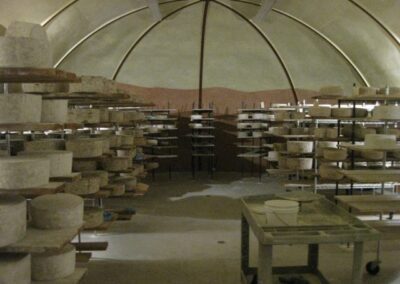 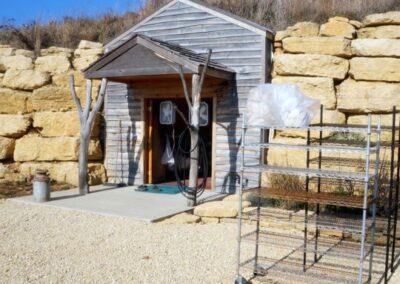 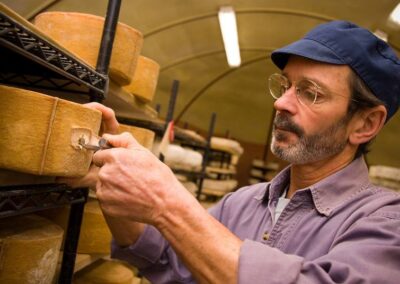 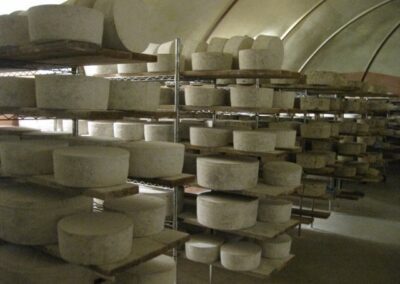 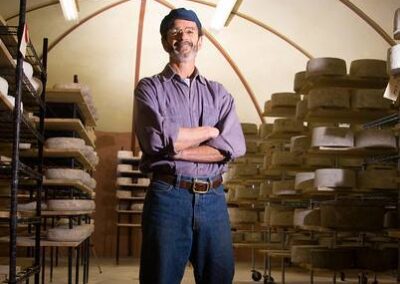 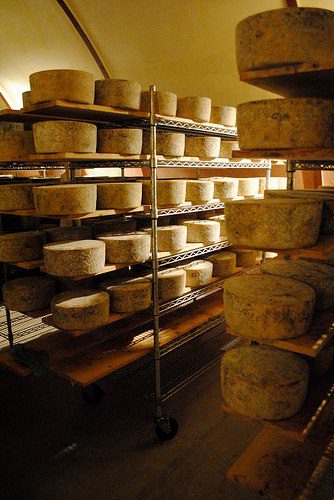